The GSMA admits that virtual reality (VR) continues to suffer from "post-hype realities." At the same time, the company points to the current mobile ecosystem as a "laboratory" for AI and immersive reality: "Whereas the smartphone wars centred on the app economy, the new battleground is in AI development and a push towards immersive reality." 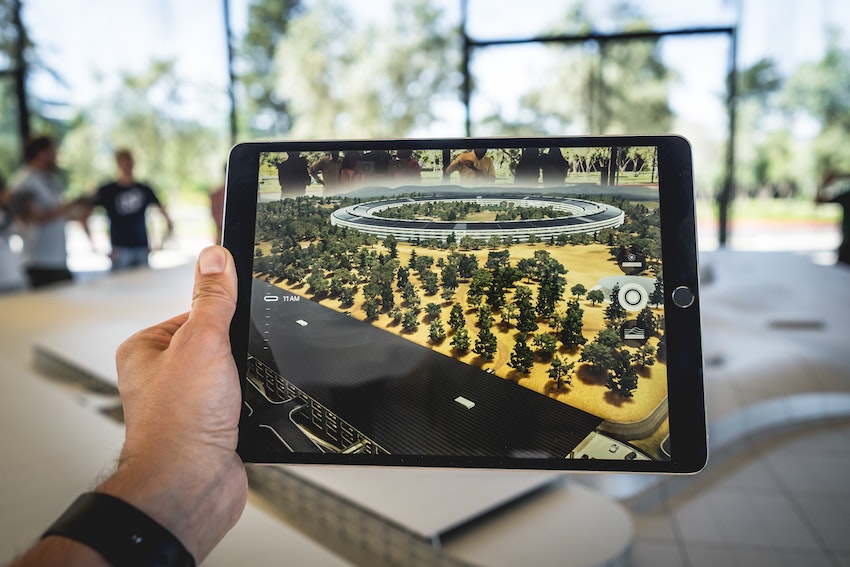 Analysts predict the global augmented reality (AR) and VR market will grow. Prescient & Strategic Intelligence charts a yearly 42.9% increase, topping $1.274 billion in 2030, largely based on an uptick in the sales of tablets and smartphones.

At The Frontier Of Reality

Qualcomm is major promoter of XR. The chipmaker is explicitly tying XR with 5G and has gathered a number of mobile operators to commercialize its head-worn XR viewer, that can be connected to a 5G smartphone and powered by Qualcomm silicon.

Brands including iQIYI, 3Glasses, and Panasonic are expected to invade the market with gadgets bearing a "Qualcomm XR Optimized" badge. Qualcomm mentions enterprise applications such as how "workplace meetings can be revolutionized through holographic tele­presence with virtual collaboration platforms."

The world's largest wireless network operator— China Mobile, as well as Deutsche Telekom, EE, KDDI, Orange, SoftBank, Verizon, Vodafone, Tele­fón­ica, and NTT DOCOMO are also on board. "We believe that the next decade will see a transition into a heads up society where eventually glasses will be an alternative to smartphones," says Sean Seaton, SVP of group partnering and devices at Deutsche Telekom, in a press release.

XR Is Not Only For Visual Effects

XR shouldn’t be considered a purely visual opportunity. For example, there is place for audible AR, in which the world is described to the wearer through a voice assistant.

Simon Forrest, principal analyst at Futuresource Consulting, posits that this may take the form of an advanced hearable product that's able to use location-based sensors and spatial awareness to deliver precisely timed, contextually aware information that's relevant to what the user is doing.

"This has consequences on the advancement of AI in voice assistants and how internet search operates because all results must be spoken as the top answer, each and every time," he says.

"This opens up new applications that demand real-time response from cloud services, with XR one vertical that is able to take full advantage," says Forrest. "Nevertheless, we're still around 5 to 7 years away from blanket 5G service coverage in most developed regions, and certainly, devices won't be ubiquitously connecting at gigabit speeds, since this would necessitate a massive densification of 5G network infrastructure."

XR is expected to fly. The opportunity to dive deep into parallel universe seems to be appealing for many. As well it promises to be next digital Eldorado.