What Is Podcast Industry Perspective?

Podcasts have been around for nearly two decades, but the format has become a buzz very recently. An abundance of shows, celebrity talents, investment from large companies, and the spread of technologies that boost awareness, like smart speakers, have all helped podcast growth. Let’s take a closer look to get a truthful knowledge about this trend. 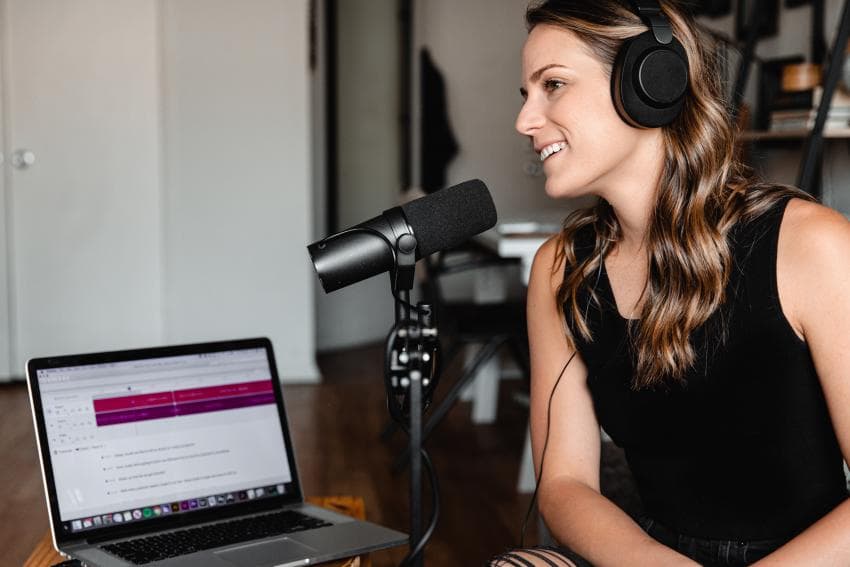 At first sight, everything is appealing in this phenomenon. The podcast audience is not only large and growing, but attractive: Listeners tend to be young, affluent, and educated, and generally open to advertising in podcasting. This is especially valuable for podcast ads, as the unreachable audience grows and advertisers may have more difficulty accessing younger audiences who are more likely to use technology like ad blockers across other forms of digital media.

Key factors that are driving the podcasting market growth include the emergence of podcasts as a preferred and interminable source of entertainment with its easy accessibility on smartphones, smart speakers, and other gadgets at any given point of time during commutes or multitasking.

As 60% of podcast listening done at home, adoption was especially notable during the pandemic. According to the latest Infinite Dial survey from Edison One and Triton Digital, in 2020, 37% of Americans (age 12+) listen to at least one podcast each month, up from 32% in 2019. The continued growth of podcast listening is expected. In 2020, an estimated 100 million people listened to a podcast each month and it’s expected to reach 125 million in 2022.

As podcast listening grows, ad dollars are following. IAB Pricewaterhouse Coopers estimated podcast ad spend was $800 million in 2020, and will more than double to $1.7 billion by 2024, an annual growth of nearly 20%. Westwood One and Advertiser Perceptions found that advertisers are using podcasts as a part of their media strategy. In 2015, 10% of marketers said they would likely advertise in a podcast over the next six months, the same question in 2020 got 'yes' from 37% of respondents.

But even the companies work hard to be leaders, one must admit that the money at stake is not huge. Most revenues come from advertising that airs during shows. In the US, podcast advertising revenue is expected to grow by 45 per cent to $1bn next year, according to eMarketer. Meanwhile, advertising on television, which is widely said to be in decline, is worth $70bn a year.

Is There A Room For Every Player?

The podcast market is already saturated with 1.5 million podcasts featuring 34 million episodes. That’s too many considering a finite number of listeners. People can listen to music all day in the background while they work, but podcast requires attention, plus it’s a time commitment. Typical podcasts run from 20 minutes to an hour, which is a good piece of a busy person’s day.

The average commute time is 27 minutes, which suggests that there’s room for around 10 podcast listens, but surprisingly, the average number of podcast episodes  listened to per week is 7.

As well, there’s the music licensing factor. Many podcasts freely use music by major artists without paying for the privilege because they stand of good chance of not getting caught. That may change in the future as music publishers begin to understand that there’s an untapped revenue source here. Many podcasts are expected to fall by the wayside when the music they depend on isn’t free anymore.

Business remains tough for the companies that only sell podcasts, however. A start-up called Luminary has pitched itself as the Netflix of podcasts, offering subscriptions for access to its library of shows. It has raised more than $100m from investors including Sinai Ventures and Richard Plepler, former chief executive of HBO. But it has struggled to sign up paying customers, only reaching a reported 80,000 subscribers in May.

Podcasts as a part of streaming boom are riding the wave now. As we see Amazon or Apple moves within this area, it becomes obvious that in a certain time podcast will be a proud streaming family member existing inside a streaming service content ecosystem, but not a separate player.