Streaming video is wildly popular. But what do we know about its energy use? And what impact does streaming have on the environment? 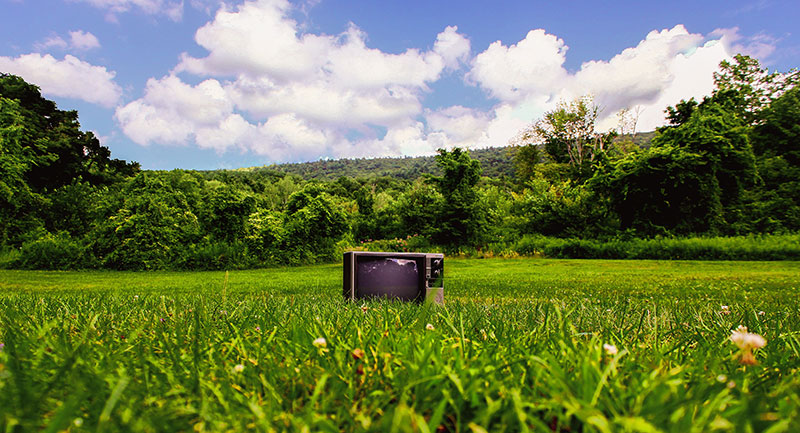 It may seem that it is too soon discussing environmental impact during a time when there's been a massive spike in streaming usage. It is not only about multiple video services but also cases in which soft-client video chat and videoconferencing have kept small business engaged.

Nevertheless, the phenomenon of streaming is too noticeable not to become the object of comprehensive research.

Dom Robinson, who created the greeningofstreaming.org site, wrote a post to tell about environmental impacts of streaming. Todaу there are few researches that help understand power consumption issues.

What is in the spotlight?

The data center impact is much larger than just what is stored at data centers. As Robinson points out, Tim Siglin did a study on DVRs and observed that DVR hard drives were constantly spinning and recording, even in sleep mode, waiting for an instant with content the consumer would probably want to watch. It turned out, though, that almost 90% of the time, the consumer did not want to catch up with all the content that had been DVR'ed, meaning that all that effort and energy were wasted.

The same works for streaming recommendation algorithms that pre-cache content based on some semblance of popularity. The effort and energy to create this functionality may consume huge amounts of power.

It is not known for certain since there have not been measurements, test beds, or concerted research attempts to delve into the holistic issues surrounding streaming from encoding to delivery.

An attempt to attack

There are enough discrepancies in the research that has been done so far to bring some of the results into question. When Climate Crisis: The unsustainable use of online video report came out in 2019, some activists pointed at the most obvious target: Netflix. Greenpeace even started the #ClickClean campaign to make Netflix and other platforms more transparent about their power consumption.

George Kamiya, digital energy analyst at the International Energy Agency (IEA), wrote a response to this report. He indicated that some figures in the report were questionable without denying the reality that streaming video causes significant demand for power.

In particular, there's been a tendency to scapegoat Netflix, which may explain why the company withdrew from invites to discuss the issue publicly. It is important to note that Netflix clearly and indirectly drives a vast demand for underlying energy. But as a significantly virtualized entity (operating numerous services within the physical infrastructure of ISPs that, for example, host their Open Connect caches, or where encoding and origination services are provided within Amazon's EC2 infrastructure and cloud), it likely has a fairly small electricity bill of its own, and so it's misguided to focus blame on the service.

What is the perspective?

As we told earlier streaming industry is too big, too lucrative and noticeable phenomenon not to be the object of attention.

Sooner or later there will be lots of questions and we'd better be ready.

We cannot deny that streamng video is a driver and a base of creating technologies, bonding people and merging industries. And sure, it needs energy.

What are possible ways to prevent negative impact? By now we can only assume. For exapmle it can be the use of green energies, reduction of power amounts by creating new technologies, optimization of energy use and being transparent about power consumption.