Sports in our OTT TV setting

When it comes to media consumption, sport is the content of universal appeal, that easily gets prime time on the air and that almost every TV channel wants to add to its broadcast schedule. Recognizing the demand, SPB TV brought new functionality to its Rosing OTT TV platform that is specifically designed for covering sports events. The new feature was introduced by the beginning of the World Cup 2018, which is the reason why football was the first sport that received its own section in our own OTT TV service.

The page featured a video player for broadcasts of the World Cup events, a schedule of relevant broadcasts, tournament summaries tables including score updates and tournament phase, videos of previous games, banner announcements, and football newswire. There is a separate program guide where users can set reminders for the forthcoming broadcasts of interest. Our viewer statistics proved that the feature was relevant and addressed the previously unmet need. 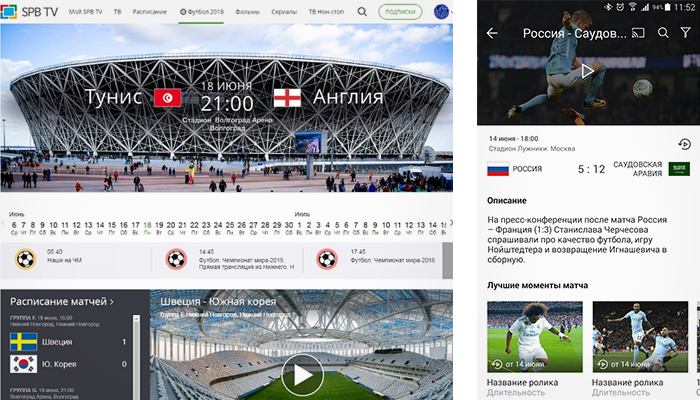 Velcom, a national telecommunication services provider of the Republic of Belarus and the owner of Voka TV, an OTT TV service most watched in Belarus, took an interest in the new feature. Both companies have a long history of partnership, as it was SPB TV who brought Voka TV into the OTT environment back in 2016. Thus, after request from Velcom, we updated their Rosing OTT platform to include the new feature and customized the sports page for it to cover the events of 2018-19 Belorusian Cup. The differences in the logic of the two tournaments required modifying the presentation of the tournament table and score updates. The resulting product can be easily adopted to cover any kind of sport just by adding the necessary content, without the need to change the UI or middleware.

Two months later Voka TV added one more sports page to cover national ice hockey events. This page features broadcasts of several national ice hockey tournaments. Further Velcom plans include adding separate sports sections for handball and esports. The number of sports that can be added to the Rosing dashboard is limited by the available content only. 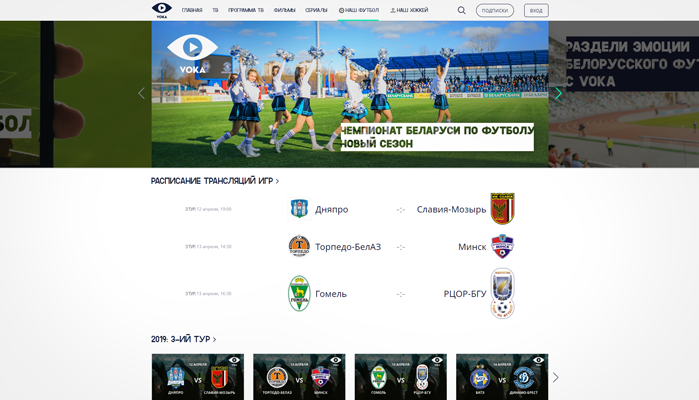 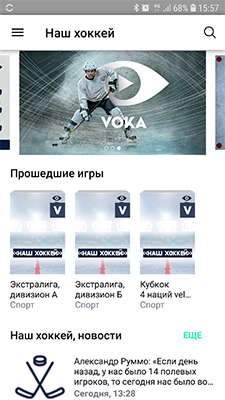 In the meantime SPB TV continues to develop the functionality of the new sports feature. We plan to enhance our video player with timeline controls that can mark high spots of a match or a game, introduce betting and polling options, add labels and tags for swift navigation across videos, and more. Our goal is to create a universal and flexible tool that can be used to bring any kind of sport into OTT setting, including esports.