SPB TV and the National Television and Radio Company of Uzbekistan (NTRC) have signed an agreement on the distribution of content in the Uzbek language in the CIS; the broadcasting is to be launched in March. This was reported to TASS by the SPB TV press service.

"In accordance with the signed agreement, the content in the Uzbek language will be officially - and for the first time ever - placed on TV platforms in both Russia and the CIS countries. Potentially, the total audience for all distribution zones will number at least 2.5 million viewers," - the press service informed.

The launch will be carried out during March on various OTT TV platforms both in Russia and the CIS; the corresponding agreements have already been concluded with a number of providers.

Viewers are to receive access to 12 channels of the National TV and Radio Company of Uzbekistan, including news, sports and entertainment channels, and will also be able to use the electronic program guide (EPG), catch-up ("video archive") and timeshift ("delayed viewing") functions, as well as other online media features. The content will be available, in high-quality, on all devices, including all types of mobile screens, tablets, PCs and SmartTVs. Thanks to the built-in-tag technology of replacing advertisements, the broadcasters will play commercials that are most relevant to their audience.

According to Kirill Filippov, CEO of SPB TV, more than 2 million citizens of Uzbekistan are currently residing in Russia. "This audience has had no access to the content in their native language. Our agreement with the NTRC solves this problem. I am sure that high-quality and diverse content in the Uzbek language will be in demand and will open up new prospects for monetization," - the press service quoted. 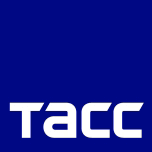