We are often asked where did the name of our platform come from: SPB TV Rosing? Today we will tell you about the person who inspired this name. 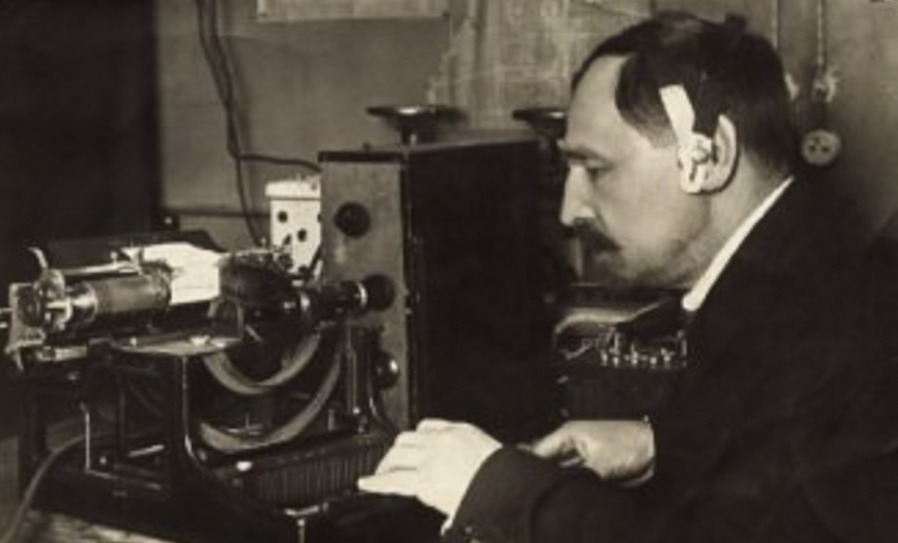 Today, we watch video every day on TV screens, smartphones and computers, but once outstanding engineers puzzled over how to transmit an image over a distance. Among them was Boris Rosing, an outstanding physicist and inventor.

The young scientist became interested in the idea of television in the early 1890s, having become acquainted with the works of the physicist and experimental biologist Porfiry Bakhmetyev. At that time, there were already mechanical systems that transmit images over a distance. But the images turned out to be quite small, and their quality left much to be desired.

Having more experience with electronic devices, Rosing combined mechanics and electronics in one system. And later he completely replaced all the elements with electronic ones. The main difference between Rosing's invention and the developments of other engineers was that he was able to create a working physical device, and not just describe it in theory. Rosing's invention could broadcast the image of four white stripes on a black background, which proved that the image could be transmitted using an electron beam. And in 1913, he modernized the kinescope: the transmitted image became clearer.

One of the first Soviet TV sets "Leningrad T-2", which worked according to the principles of Boris Rosing.

In his book Electric Telescope (Vision at a Distance), he wrote: «Undoubtedly, the time will finally come when electric telescope will spread everywhere and become as necessary an instrument as the telephone is today. Then millions of such devices, such "electric eyes", will comprehensively serve public and private life, science, technology and industry ... It will be possible to penetrate in the same way into mountain crevasses and extinct volcanoes and look inside the hard shell of the Earth. The physician will be able to use such an electric eye when examining the patient's viscera from far away. An engineer, without leaving his office, will see everything that is done in workshops, in warehouses, at work».

For forty years of his scientific activity, Boris Rosing was engaged in the study of various phenomena and the development of technical systems, thirty of which he devoted to television. He has more than 25 patents, "privileges" and copyright certificates, as well as over 50 major scientific publications. His research helped to make a breakthrough in the field of transmission of images over a distance, and the principles and schemes he used to create the kinescope were applied in the production of televisions for another 100 years.

Throughout his life, Boris Rosing continued to believe in what became available many years later. His inventions still influence the world of the future. Therefore, developing the OTT TV platform, which is named after the scientist - SPB TV Rosing, - we often remember his difficult path and try to maintain his inherent broad view of the world.