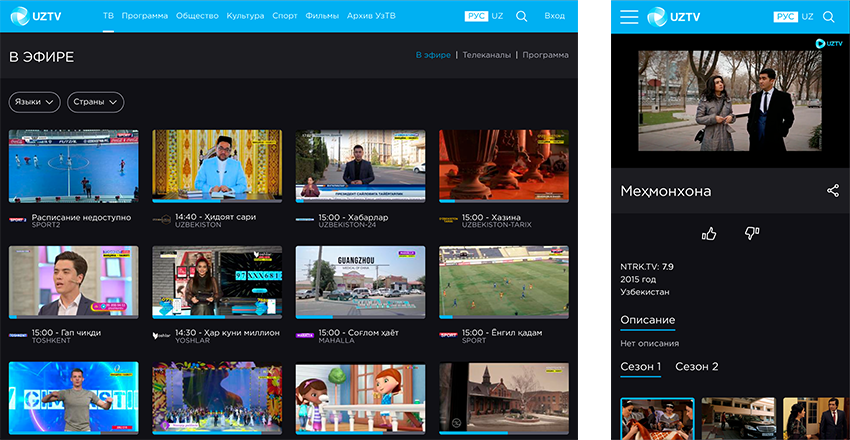 In the spring of 2021, the UZTV video service was launched, providing users with the content of the NTRC company in the Uzbek language. The scalable solution is implemented on the SPB TV Rosing platform, which includes all the necessary components for launching an OTT service: a complex of middleware components, its own CDN and client applications. The total audience in all distribution zones will be at least 2.5 million viewers.

The user has access to broadcasts of the channels of the national television and radio company of Uzbekistan: news, sports, entertainment and children's. The content library includes an extensive collection of films and TV series in the Uzbek language.

Access to the multi-platform service is possible from any mobile device running Android or iOS through the application, from the website www.uztv.tv, as well as on Smart TVs.

At the first stage, access to the content library is provided to viewers for free, the service is monetized using advertising model. For the prospect of scaling the service and advanced monetization, the project is provided with a technology for replacing advertising by embedded tags; in each region, broadcasters will be able to broadcast advertisements that meet the needs of the audience.

More on product Request a demo or price
Previous