Nick the Inventor premieres in China

On 22 May, the Russian animated series Nick the Inventor premiered in China. The first 26 episodes of the new series about young inventor Nick and his loyal robots were shown, in Chinese, on the Mango TV platform. The SPB TV company was the operator for this transaction. 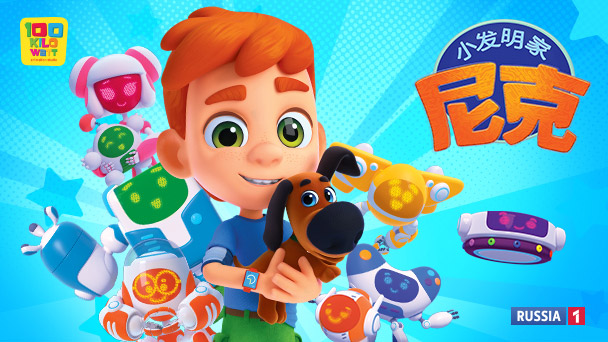 According to Mango TV channel statistics, over the past weekend, the series had more than 4 million viewers. This is the best result achieved by a foreign animation product on the Mango TV platform and is a definite bid for future commercial success.

"The premiere of Nick the Inventor in China launches a great international journey of our series", says Elena Malenkina, Chief Producer of the 100 KILOWATT Animation Studio. "Both Russian and foreign partners are showing growing interest in the project. I hope our Nick will soon win viewers' hearts in many countries."

Kirill FILIPPOV, CEO of SPB TV: "SPB TV has been working with various Chinese media structures for almost a decade. Our expertise and contact base has contributed to the Russian animation product reaching new audiences with a great growth potential and commercial prospects."

Nick the Inventor is a new series for preschool children created by the 100 KILOWATT Animation Studio. The series premiered on 21 October 2019 on the Carousel TV channel. The adventures of inquisitive Nick, his robot friends and loyal dog Watt caught the fancy of Russian viewers right from the word go. Nick the Inventor has twice been among the TOP 20 animated series shown on the Carousel TV channel (Mediascope rating).